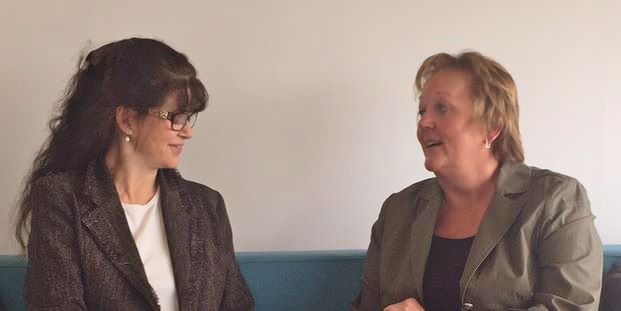 The Norwegian Ambassador to South Africa, Ms Trine Skymoen met with BRIGHT’s Dr Eyrun Kjetland and the consequences of Female Genital Schistosomiasis (FGS, Bilharzia) for millions of African women was discussed together with the Minister Counsellor Ola Brevik and Second Secretary Øyvind F. Vangberg. The women at risk are those who have once in their lifetime or more, been in contact with waterbodies such as rivers, streams, lakes or dams. The research done by BRIGHT is unique, not only in South Africa but in the world and will uncover aspects of the FGS that will be useful the whole of rural Africa.

The Norwegian Embassy in South Africa is not mandated to work with health issues but the participants at the meeting brainstormed possibilities for advocacy, sharing knowledge and resources. Being based in middle income South Africa the project falls outside the scope of many donors even though the disease in question is a typical third world disease. Norwegians, Dutch, Danish and Belgian students have learned to become international, competent researchers through the project. Moreover, the project has trained many South Africans and is currently workplace to 20-30 highly skilled South Africans.