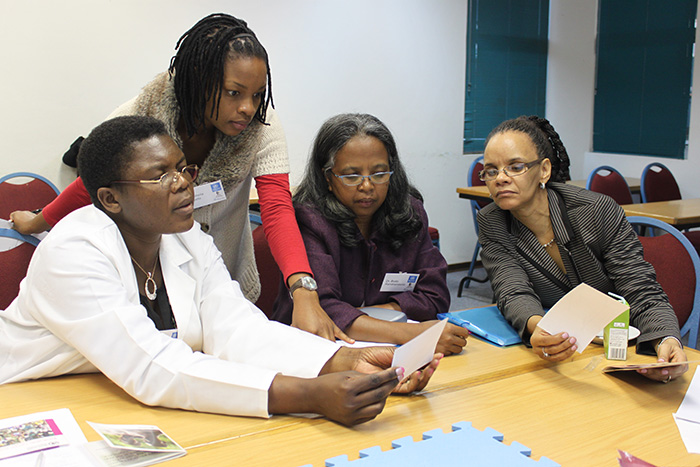 Bilharzia remains undiagnosed by the vast majority of medical practitioners in South Africa. Researchers are concerned about the situation and are compiling a booklet to assist doctors to recognise female Bilharzia and effectively treat this common disease. Over 42 million women in Africa have sustained damage to their genitals as a result of Bilharzia, rendering them prone to HIV and other Sexually Transmitted Infections (STIs).

This week the World Health Organisation (WHO), African doctors and world leading researchers are gathering at the University of KwaZulu-Natal in Durban to compile a booklet that will assist medical practitioners recognize female Bilharzia.

The microscopic Bilharzia parasites live in fresh water and can penetrate the skin upon contact. No pain is felt and the patients are unaware of this. Swimming or doing laundry in infested rivers, lakes and lagoons pose a high risk. The parasites can stay in the body for over 30 years and cause great damage. Research shows that bilharzia affects both genders and all ages. Children are particularly susceptible to the disease. Many people in South Africa do not realise that the genital form of Bilharzia is affecting millions of individuals living in endemic areas.

–          “It is unacceptable that people are suffering from this disease and that children are still contracting it.  Brazil and Egypt have successfully treated their populations for Bilharzia. Hopefully South Africa will do the same,” Dr. Eyrun Kjetland of UKZN, said.

The parasite can cause a gynaecological disease called Female Bilharzia. This disease is painful, causing chronic bleeding, and may cause infertility. Studies have shown that up to two million women in South Africa might be affected. Unfortunately, very few receive treatment. Insufficient knowledge of the disease and lack of health services are the cause for this low treatment coverage.

–           Most of the 290.000 doctors and nurses in South Africa rely on blood urine as a symptom for urinary bilharzia and only a infertility handful are aware of genital bilharzia and it effects. Bloody urine has a sensitivity of up to 70% even in active urinary infection, but if the genitalia are affected, this can result in unscheduled bleeding, chronic pelvic pain and infertility. By increasing knowledge and teaching every health worker in this country what the disease looks like during gynaecological examination, we could eliminate this public health problem, Dr. Motshedisi Sebitloane, Head of Department of Gynaecology, University of KwaZulu-Natal, said.

The pocket booklet will be published early next year.

–           “Doctors know Bilharzia, but very few know the damage it can do to female genitals. The early stages are difficult to see with the naked eye, especially before training. During gynaecological exams on women with Bilharzia, it is often misconceived as cancer or an STI. Even amongst the health workers who are able to do the microscopic examination of the genitalia (colposcopy), few are able to recognise the disease”, Dr. Eyrun Kjetland, Honorary Senior Lecturer at UKZN said.

–          Dr Pamela Sabina Mbabazi, of the World Health Orgranisation: Department of Control of Neglected Tropical Diseases said, “We are fighting against time to spread information about this disease all over Sub-Saharan Africa where it is prevalent. Children living in endemic areas should be particularly targeted with regular ‘preventive treatments’ to prevent the life-long damage the disease can cause to their reproductive organs.  The longer we delay raising awareness about the disease, the more infected people remain undiagnosed and vulnerable to sexually transmitted infections, including HIV. Our aim is that you will find this pocket booklet in every clinician’s office within two years.”