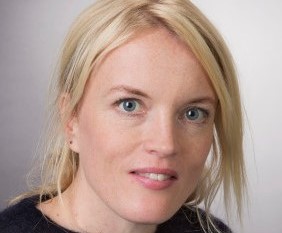 A study of South African women living in a rural area endemic of urogenital schistosomiasis.

PhD Candidate Elisabeth Kleppa of University of Oslo successfully defended her PhD with opponents Agnes Chenine and Per Kallestrup. More than 110 million Africans are estimated to be infected with Schistosoma (S.) haematobium, but it is still one of the so-called “neglected tropical diseases”. Poor countries bear the majority of the disease burden, contributing to the maintenance of the cycle of poverty.

In Africa, women are at a higher risk of human immunodeficiency virus (HIV) infection than men, and this cannot be explained by behavioural factors alone. Biological risk factors seem to contribute to the differences in HIV prevalence between geographical regions and genders. This thesis will focus on female genital schistosomiasis and cervical ectopy, both factors hypothesised to facilitate the transmission of HIV through the genital mucosa. Genital schistosomiasis in women is characterized by lesions referred to as “sandy patches” that appear grainy or homogenous and are thought to be caused by the deposition of ova in the genital tissues. Sandy patches are often associated with abnormal mucosal blood vessels and contact bleeding due to the fragile mucosa. Cervical ectopy and female genital schistosomiasis (FGS) may be diagnosed by photocolposcopic examination, and both conditions are likely to be present before sexual debut. In addition to increased susceptibility to HIV infection, S. haematobium infection has been suggested to accelerate the progression of HIV infection, possibly through increased immune activation.

In this study, South African women attending high schools in KwaZulu-Natal were included. Blood, urine and cervical lavage samples were collected and a photocolposcopic examination performed.

We found that FGS was associated with a higher frequency of HIV target cells and HIV co-receptor expression in the genital compartment (the proportion of CD14+CCR5+ cells was higher in FGSpositive (FGS+) than FGS-negative (FGS-), p = 0.036) and in blood (both the proportions of CD14+ cells (p = 0.042), and CD4+CCR5+ cells (p = 0.018) were higher in FGS+). Furthermore, praziquantel treatment decreased the proportion of HIV target cells in FGS-positive women. Both the CD14+ cell population and CCR5 expression by CD4+ cells decreased significantly in both compartments after anti-schistosomal treatment (p = 0.043 and 0.025, respectively).

We found no significant difference in CD4 cell counts in women with or without S. haematobium infection. Furthermore, we found that cervical ectopy was associated with the prevalence of chlamydia infection (adjusted OR 1.78, p = 0.033) and with HIV infection in the youngest study subjects (OR 2.19, p = 0.014).

Future studies are needed to show whether treatment of schistosomiasis and/or intervention against cervical ectopy may become tools in the battle against the HIV epidemic.

Dr Kleppa has been tutored by: