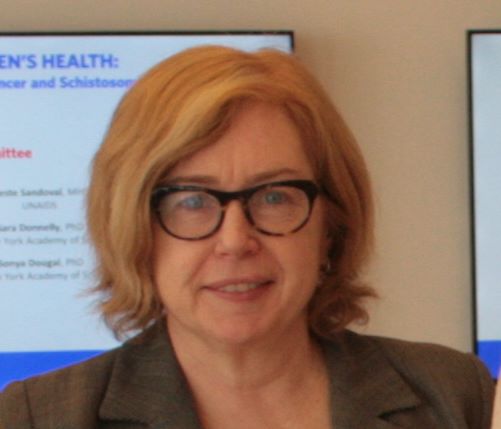 “The data is compelling, Female Genital Schistosomiasis should be there among the “10 Commitments”. It makes total sense to me that there is a link between FGS and HIV transmission.”

Professor McGovern successfully litigated numerous cases in UNited Stated including making the Social Security Administration expand HIV-related disability criteria so that women and low income individuals could qualify for Medicaid and social security, and a guideline restricting the participation of women of childbearing potential in early phases of clinical trials. From 2001, she has worked to improve the reproductive and healthcare of low- income women, and work on issues related to fundamentalisms and the impact on women’s human rights.